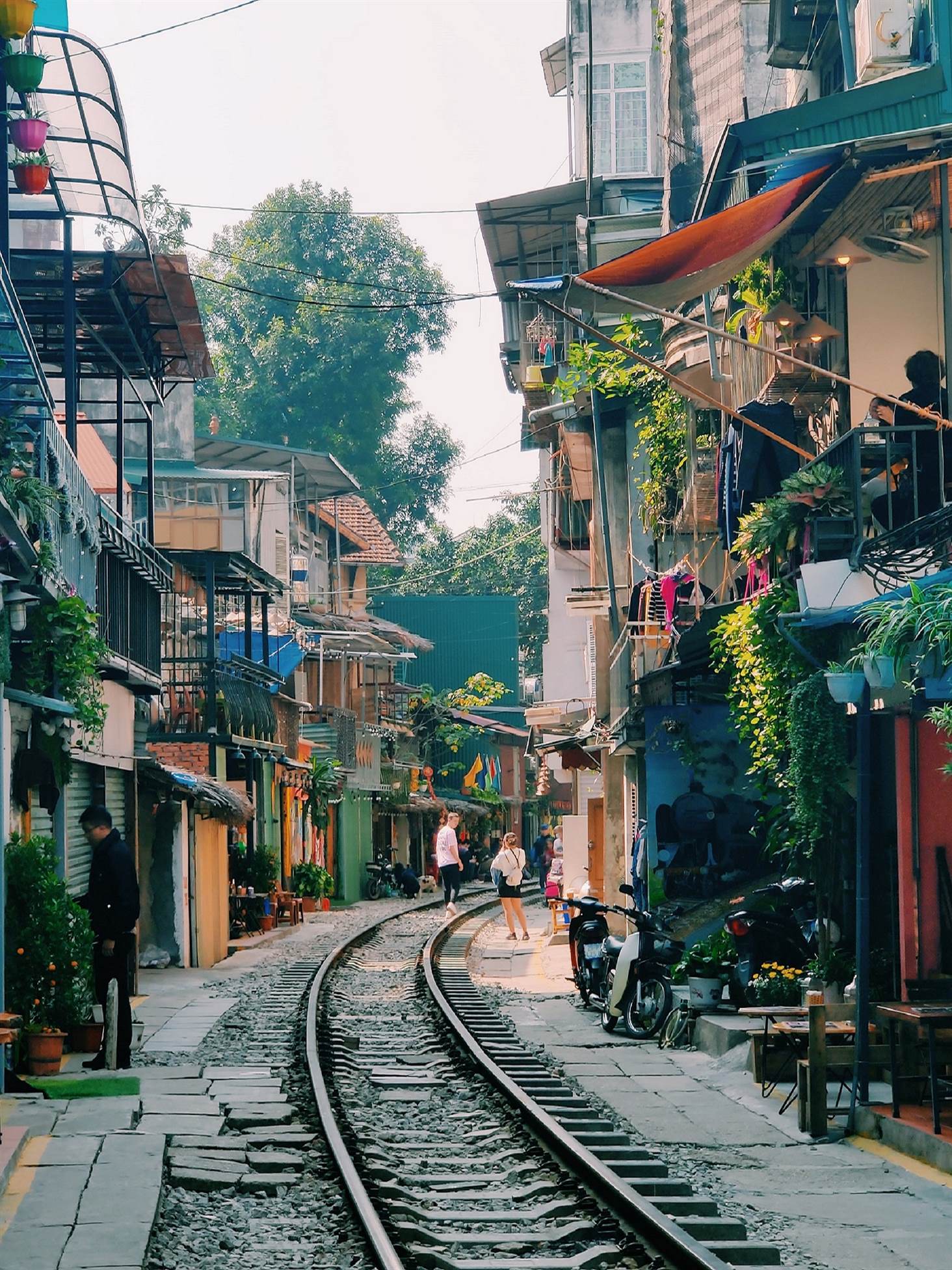 Vibrating with energy, innovation and traffic – lots of traffic – Ho Chi Minh City, formerly known as Saigon, is the economic heart of Vietnam and the main hub of the southern region. A freewheeling, cosmopolitan metropolis, HCMC’s dynamic cityscape draws together old and new Vietnam in the most compact of spaces, representing the city’s past as well as its future. 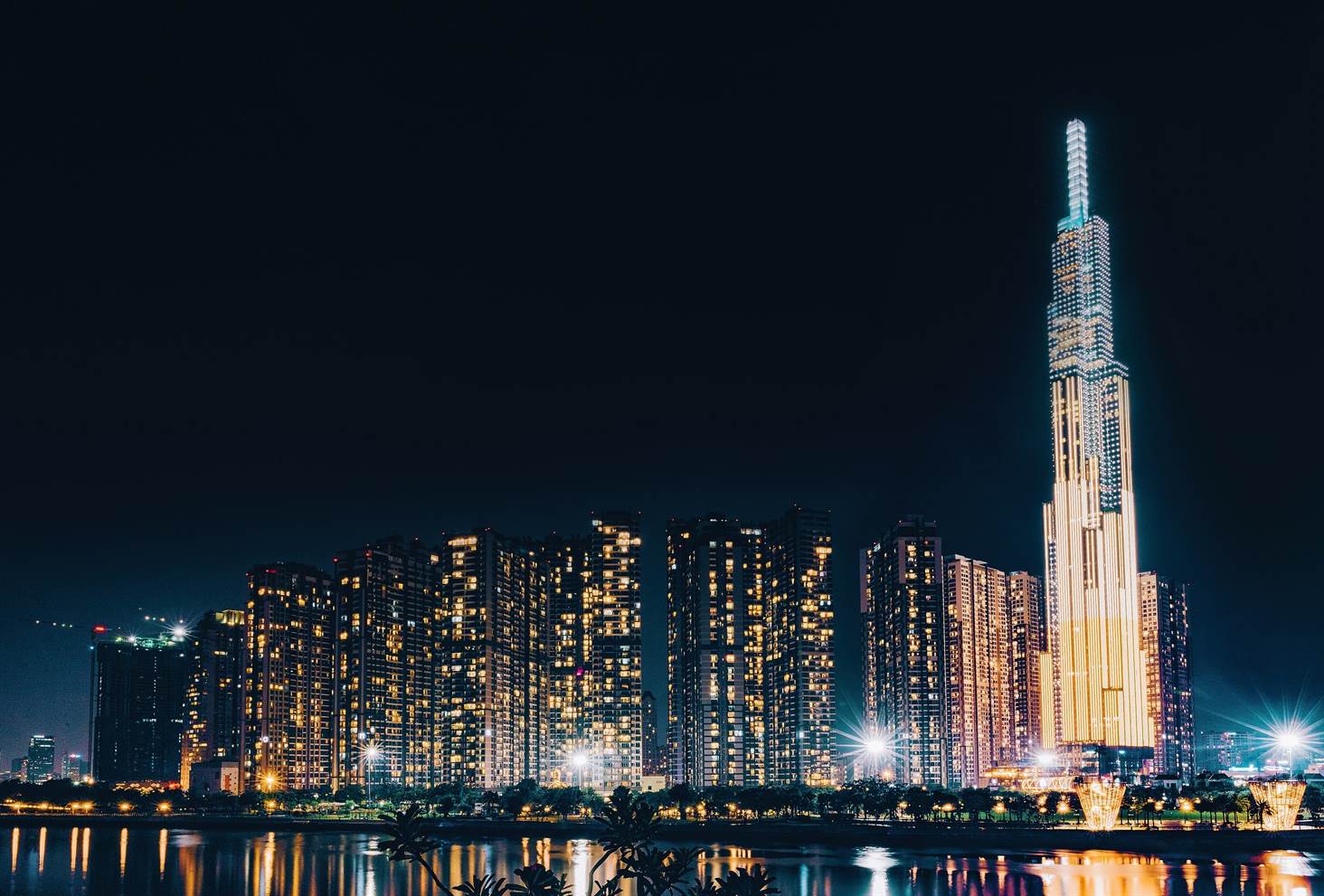 With broad beaches, fantastic street food, the fabled Hải Vân Pass, and a growing collection of cafes, restaurants, and bars, it’s no wonder the residents of Đà Nẵng sport some of the broadest smiles in the country. The warm sands of Mỹ Khê Beach sweep south from the mountainous Sơn Trà Peninsula. Đà Nẵng hosts some of Vietnam’s top luxury resorts, but much of the beach still belongs to the people who make it their playground, gym, and source of livelihood. 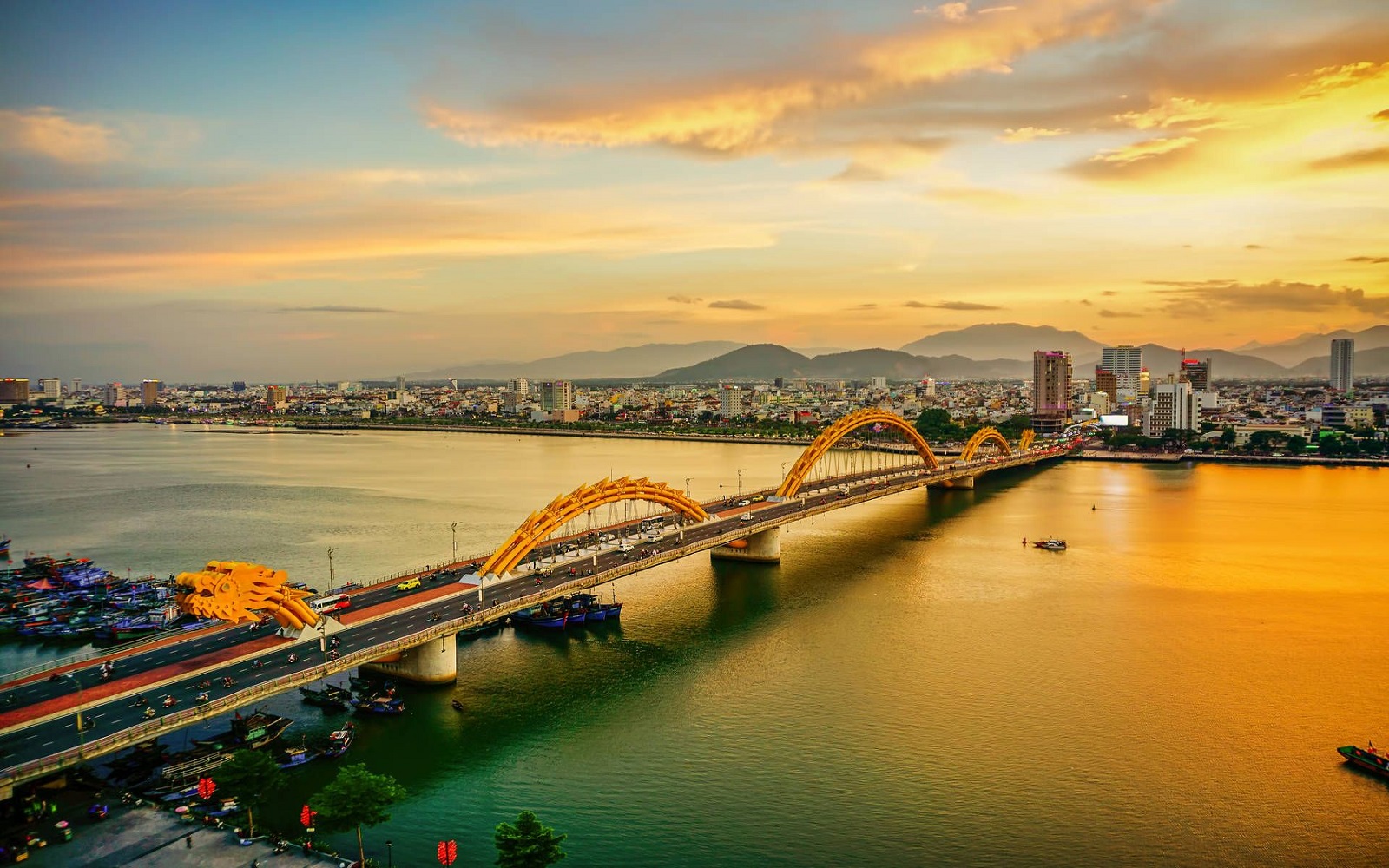 Founded over 1000 years ago, Vietnam’s capital city is rich in history, with the streets of its rambling Old Quarter dating back to the 14th century. Wandering these tree-lined lanes past crumbling colonial facades will transport you back in time. However, today’s Hanoi is about much more than the past. The ancient city is being invigorated with modern cafes, world-class restaurants, and cool art galleries. When the sun goes down, you have your pick of watering holes, from sophisticated rooftop bars to buzzing bia hơi. 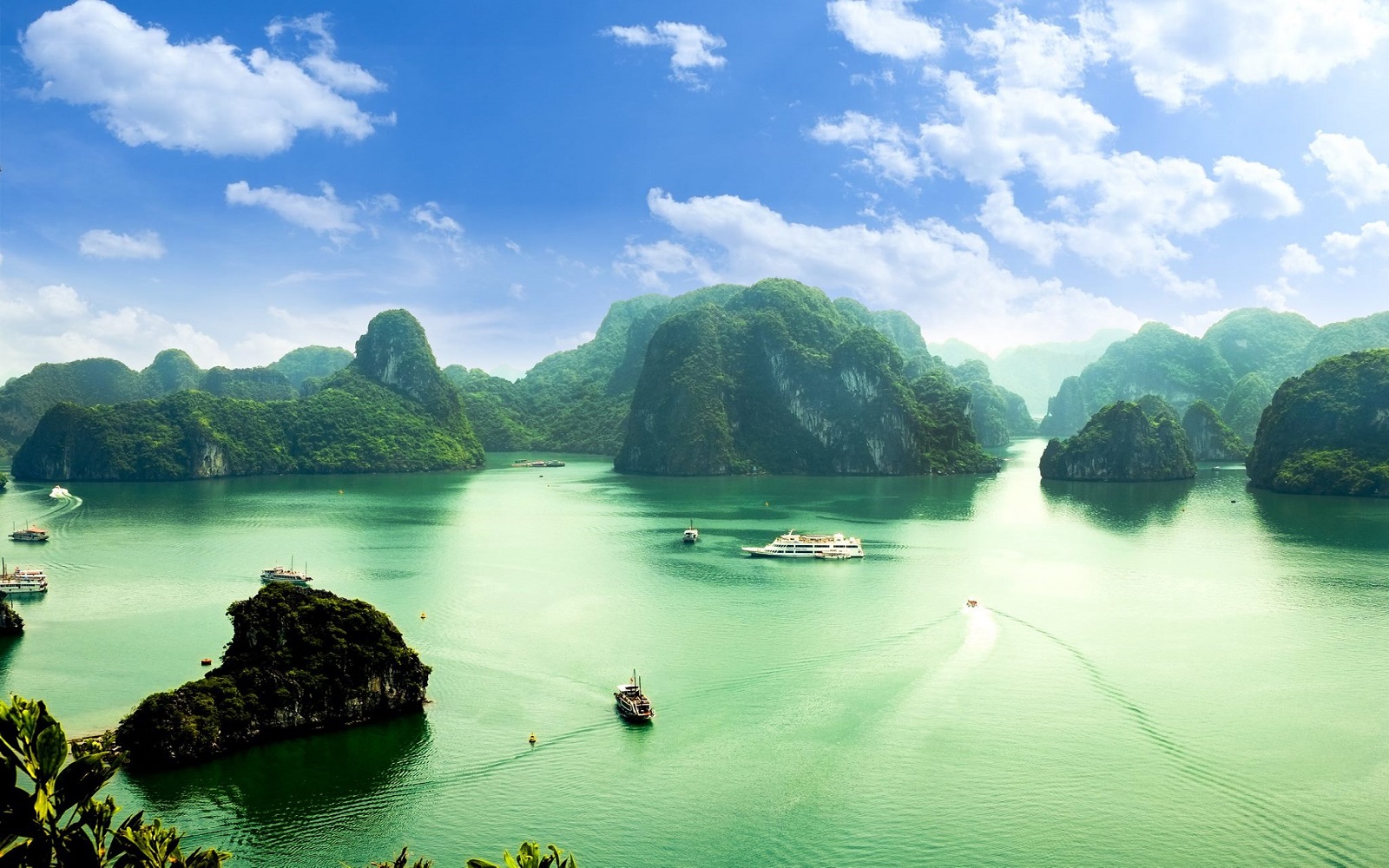 Arrival at Hanoi – Transfer to Hotel

We welcome you with greetings at Hanoi International Airport. Then transfer to hotel for check in and you will have free time in the evening to explore the Hanoi city night life. Overnight stay at Hanoi.

After finish breakfast at hotel. The first check-in point of the delegation was the Ho Chi Minh Mausoleum. Visitors can learn more about Uncle Ho's revolutionary life and career or visit a small, simple house to know more about his simple life. Next you will move to Sword Lake to admire. The beauty of long history and the story of King Ly Thai To return the magic sword to the Golden Turtle. After that, we will stop by Ngoc Son Temple to visit the unique architecture that fully converges the features of Hanoi's traditional ethnic culture. Next, visitors will have moments of relaxation when visiting Long Bien Bridge - an enduring symbol of Hanoi. After the tour is over, you will return to the hotel to rest or you can take a rest. You can freely explore Hanoi famous cuisine. Overnight stay at Hanoi.

Transfer to Danang – Hoi an Tour

After finish breakfast at hotel. Check out then transfer to Hanoi airport and travel to Danang. After check in at hotel in Danang. then transfer to Hoi an Town . you will visit Bay Mau coconut forest, take a basket boat trip to enjoy the peaceful atmosphere and experience fishing field crab. Continue walking tour to explore the old houses, temples and historical sites of the Hoi An Ancient Town including Japanese Covered Bridge, Chinese Assembly Halls, Sa Huynh Museum, old houses and local market. Then you spend more time to explore the charming beauty of Hoi An by night. You could buy the candle-lit paper lanterns and float them down on the Hoai River then make a wish, which is considered to bring you good luck and happiness. You also have chance to see traditional games and walk around night market to buy some handmade souvenirs for your friend and family. Return back to Danang and overnight stay in DaNang.

Wake up early to enjoy the sunrise on My Khe Beach and get fresh air. Travel to Bana Hills – 25 km to the south west of Da Nang city. On reach you will take a cable car from the foot and enjoy spectacular sceneries of forest. On arrival you will have sightseeing and take photos at the world famous Golden Bridge, continue to flower garden Le Jardin D’amour where has many kinds of beautiful flowers and Debay Wine Cellar where are storing different wines. Take another cable car route to reach Old French villas at the height of 1138 meters for experience architecture here. Have lunch at restaurant by own. After lunch, you spend more time for and play games at Fantasy Theme Amusement . After that you will take cable car back the foot and transfer to return your hotel. Then you are free to discover Da Nang by night, enjoy the beautiful Han river and take great photos of the famous bridges. Overnight at hotel.

After finish breakfast at hotel , Check out then transfer to Danang airport and travel to Ho Chi Ming City ( Saigon ) . After check in at hotel in HCM. Then visit the vibrant metropolis Ho Chi Minh City teems with energy, activity and motion where traditional life meets modern life. The emerging modern skylines stand cheek by jowl with colonial buildings and traditional temples. Begin the tour and stroll around the Dong Khoi Street, formerly known as the Rue Cantinas which is the heart of old colonial Ho Chi Minh City. Pass by classic European-style landmarks such as the city Hall (Hotel De Ville), the Opera House and pay a quick visit to the neo - Romanesque Notre Dame Cathedral and the Central Post Office. Continue the tour with a visit to the Reunification Palace which formerly was the Independence Palace of the South Vietnamese president (outside only). Later enjoy shopping at Ben Thanh Market.

With one day only, how to explore the unique culture of Mekong Delta Vietnam? Lets our best Mekong Delta Day Tour Cai Be Vinh Long give you the best proposal. Cuu Long River is famous with the floating markets, luxuriant fruit gardens, rural life-style, friendly hosts, and floating culture. To know Mekong Delta in just one day, quick your hands to take a boat excursion to saunter on the River. After finish tour you will transfer to HCM and overnight stay at hotel in HCM

Free time in the morning to shopping or based on your flight timing check out from hotel and transfer to airport. Tour ends with wonderful memories.

There are no comments yet.

Subscribe to our newsletter and get exlusive first minute offers straight into your inbox.